Breaking Biotech Barriers: One Woman’s Nontraditional Rise To The Top 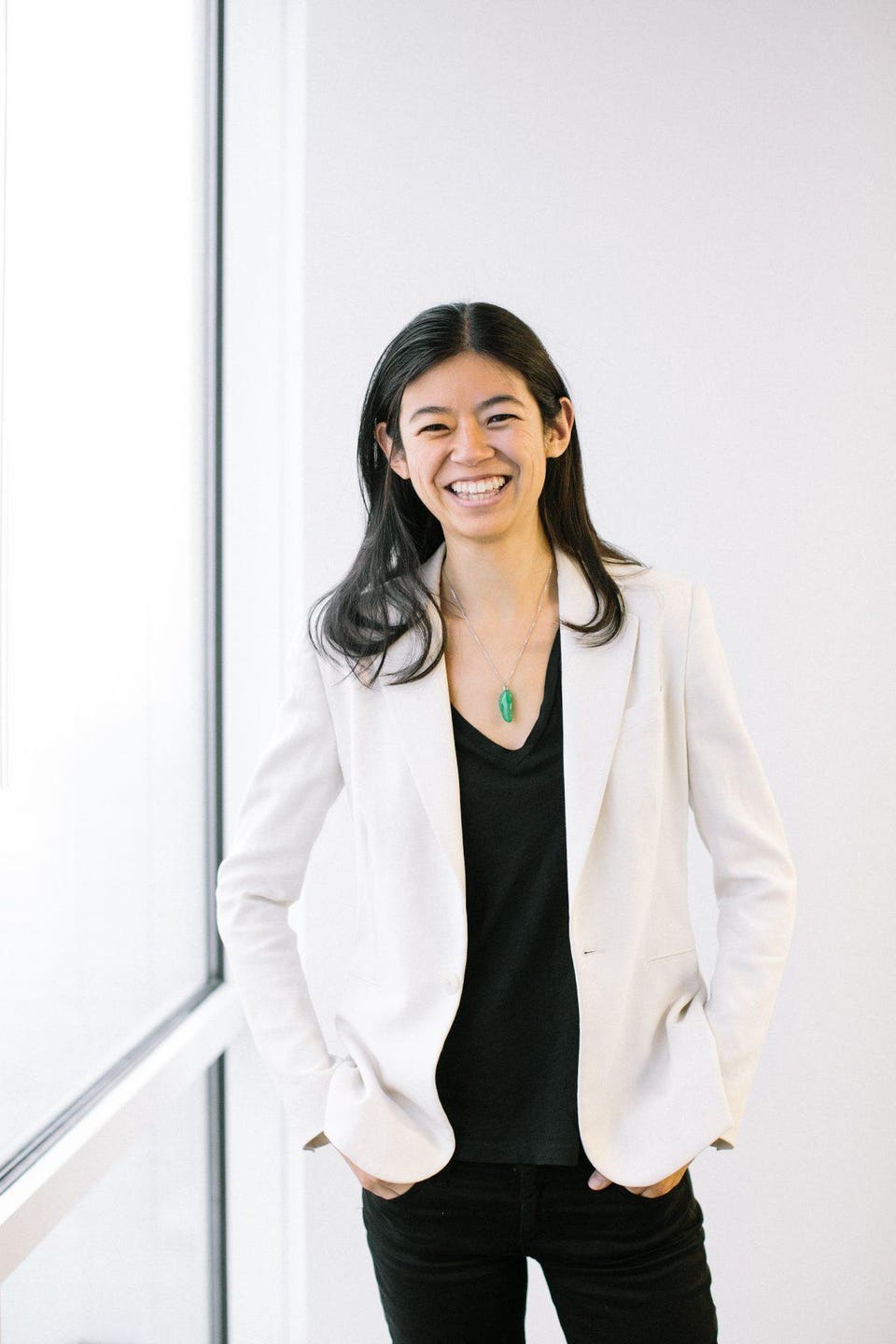 Despite the number and proportion of women obtaining STEM degrees in the last few decades increasing considerably, representation in leadership positions in their respective fields has been fairly stagnant. According to the National Institutes of Health, “ Women comprise half of the employees in the pharmaceutical and medical industries, but available data suggest they represent about 17% of senior management positions. ” In  fact, only 11% of board positions in biotechnology are filled by women, and just over 50% of biotechnology boards contain a woman at all. These numbers are even lower for minority women – highlighting a continuation of obstacles in the world of science for female leaders.

Given the uphill battle many face in our industry, it was refreshing to talk with a woman who is a powerful force in both science and corporate leadership. I sat down with Mei Mei Hu to better understand what it takes to be a minority woman running a successful neuroscience company, and how she intends to, “democratize brain health,” around the globe.

Nicole Fisher: Let’s get right to it. There aren’t many female CEO’s of biopharmaceutical companies. Certainly not neuroscience-based companies. So, I’m interested to learn how you came to the position you’re in. Tell me about your journey and how you got here.

Mei Mei Hu: Life has a strange way of unfolding. If you had asked me at age 12 whether I would be in biotech, the answer would have been a resounding no. My parents founded a biopharmaceutical company when I was two, and as a child I naturally shied away from whatever my parents did. I had little interest in the biological sciences and even less working together with them. I studied economics and made my way through law school and into management consulting. I did catch the family entrepreneur bug though and was constantly thinking up new projects.

In college, I met my husband Lou, and he not only inspired me with his longer-term vision and blue-sky thinking but was similarly deal minded. Together, we were always involved in something, whether it was starting a voter registration organization or launching a sustainable farm. Then, over Christmas break one year, somehow, we became convinced that it was a good idea to try and help out my parents’ company as it was working through some business challenges. What started out as a six-month project turned into a full-time job, and now almost a decade later, is the position as CEO of United Neuroscience.

A Quiet And Emissions-Free Transport Of The Future

Nicole: In addition to be a female, there are other reasons you are not a traditional scientist or a traditional CEO. What have you seen as advantages and disadvantages of being a minority in the space, especially in neuroscience?

Mei Mei: I’m a woman under 40 without a PhD trying to solve Alzheimer’s, and that combination is hard for some people. It can be a disadvantage in certain circumstances, but if you see it coming, you can often turn into an advantage. For example, being underestimated. I also happen to be lucky enough to work with people who don’t care about the nature of my background and appreciate the outside perspective that Lou and I bring. Someone once said what they missed about being young is not knowing what they couldn’t do, and I think the same is true of being a non-traditionalist.

Nicole: But you’re not the first science trailblazer in your family. As you mentioned, your mother, Chang Yi Wang, was in biopharma before you. And is quite famous for her work. What role did she play in your growth – both in the field of biotech and in your life of becoming the CEO of United Neuroscience?

Mei Mei: My mother is the founder of United Biomedical, a group of biotech companies, our Chief Scientific Officer, and the inventor of our vaccine platform. She’s an incredible scientist and role model. I didn’t appreciate it fully at the time. Growing up, it never occurred to me that a woman couldn’t be a scientist, an entrepreneur, or frankly anything you wanted to be. You worked hard at whatever you did, and you did your best to do it well.

Nicole: She must be very proud of you. When we last spoke, you has done a TED Talk and told me you wanted to “democratize brain health,” and I loved that. And you’ve gotten some press about the ambitious things your attempting to do in that vein. But what exactly does that mean to you?

Mei Mei: There’s a lot of promising science right now, from gene therapies to CAR-T, and new medicines for patients. The challenge is that these are still very expensive and not available in many areas or to many people. Diseases such as Alzheimer’s don’t discriminate based on where you live or how much money you make. The greatest burden of Alzheimer’s globally is outside the U.S. and E.U., with over 40 million patients expected by 2030 in the rest of the world. So, it’s our philosophy that medicine shouldn’t discriminate either and good medicine needs to be accessible to all patients in need.

Exponential impact happens when an idea or a technology can reach and become accessible to the masses, or become democratized. The fact that billions of people can now access computers in their pockets has revolutionized our daily way of life. Some of the greatest leaps in human health (we’ve practically doubled our life expectancy in the past century) have occurred through access to sanitation and vaccines. Over 6 billion people today are vaccinated against over 20 vaccine-preventable diseases. Vaccines are safe, convenient, require relatively limited infrastructure (think about how you can go to your neighborhood pharmacy to get your flu shot), and accessible to most anyone that needs it. We want to do the same to address diseases of the brain. And deliver transformative vaccines that are accessible to all patients in need.

Nicole: A vaccine for Alzheimer’s. That sounds magical. But unfortunately, we’ve seen all kinds of headlines lately that make big claims about the brain such as cures for Alzheimer’s. What makes this different?

Mei Mei: Any path to a breakthrough is littered with failures along the way. The amyloid hypothesis has taken a beating recently, with a string of high profile late-stage failures. We can also call them learnings, as each teaches us how better to move forward, from which patients to treat to when to intervene in the disease. Alzheimer’s is a disease that starts decades before symptoms appear. So the data is really pointing us to go earlier and earlier. That’s where a vaccine approach has the most power. It’s safe, more convenient than mAbs (think about the proposition of going in for monthly infusions for the rest of your life when you’re still feeling fine) and more affordable, making it more practical for use in prevention.

Nicole: Interesting. OK, now back to you and achieving those goals. You mentioned earlier that you work with your husband at United Neuroscience. How does that work? Literally and figuratively.

Mei Mei: Yes, I work not only with my mother but also my husband. It’s never something I would’ve imagined and makes for some interesting dynamics. On one hand, it’s fantastic as Lou is one of the most inspiring people I know and my best friend so it’s pretty cool to be on this journey together. You’re going through the roller coaster ride of entrepreneurship celebrating the ups and problem-solving through the challenges as a team. It’s naturally hard to separate the lines between personal and professional. For example, it’s way too easy to talk shop at the breakfast table for instance. You have to figure out mechanisms to instill boundaries for both yourself and the family.

Nicole: But it sounds like you’re doing it well jointly and individually. So what’s the ultimate goal for you? What is your personal mission or vision? And how does this fit?

Mei Mei: To do something that matters and that positively impacts others. Our kids would say that we work to help people and alleviate suffering, so that’s pretty meaningful.

Nicole: I can’t thank you enough, Mei Mei. While most women out there don’t have a mother with a background like yours, your commitment to your vision and your work ethic speak to your character, and possibilities in the space, even for those without a traditional background. In fact, I think that’s what stands out to me most about your success. From working with your entire family to not having traditional credentialing to thinking really big, being unconventional has been a signature of your career. And that gives me a lot of hope about the future of women in leadership and science.